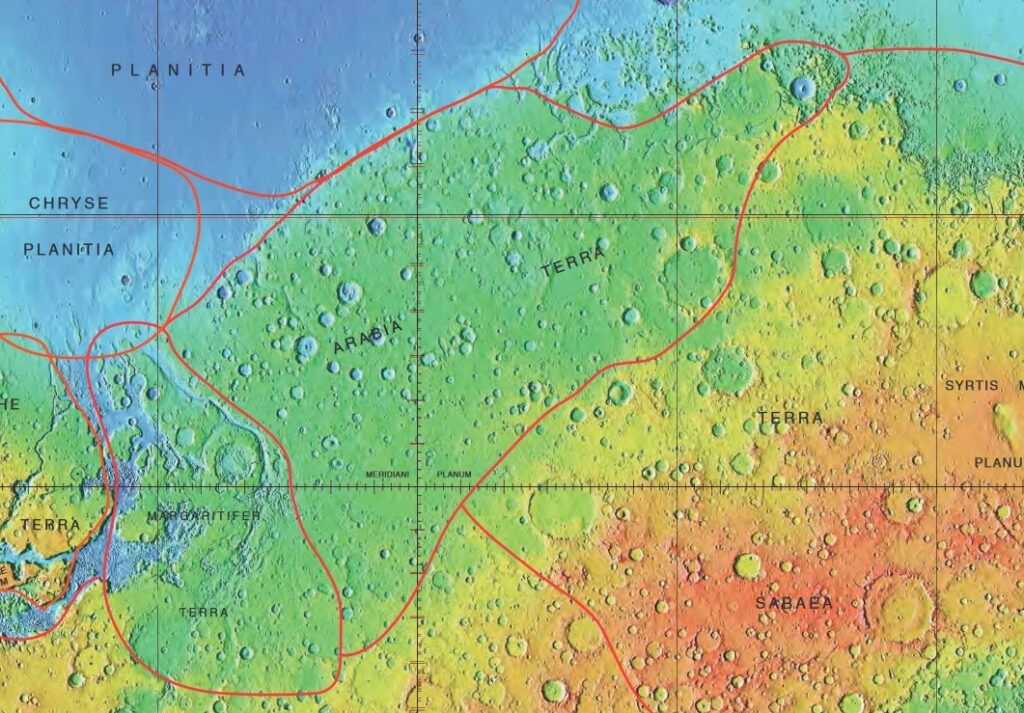 Arabia Terra is a large upland region in the north of Mars that lies mostly in the Arabia quadrangle, but a small part is in the Mare Acidalium quadrangle. It is densely cratered and heavily eroded. This battered topography indicates great age, and Arabia Terra is presumed to be one of the oldest terrains on the planet. It covers as much as 4,500 km (2,800 mi) at its longest extent, centered roughly at 21°N 6°E Coordinates: 21°N 6°E with its eastern and southern regions rising 4 km (13,000 ft) above the north-west.

This image is based on a request to retarget a site to create a stereo pair. Adjacent images…

Sometimes, we acquire an image for the simple reason of getting either more coverage of an area, and/or to complete a mosaic of a particular spot.

Arabia Terra is one of our favorite regions to image, mainly due to the diversity and beauty of its layered deposits.

Layers in a Valley Wall

Also captured in a Context Camera image, the objective of this observation is to examine a beautiful view of many layers in a valley wall near Auqakuh Vallis.

A Scarp in the Arabia Region

Pictured here appears to be the edge of a blast radius of a large meteorite impact crater with smaller and more recent cratering interrupting its circumference.

The objective of this observation is to examine layers exposed in small blocks and in a butte in eastern Arabia Terra, in the Northern Hemisphere of Mars.

This un-named crater in southwestern Arabia Terra contains a treasure! Layered sediments are the key to the puzzle of Martian history. They tell us about the conditions that existed when the sediments were deposited, and how they changed over time.