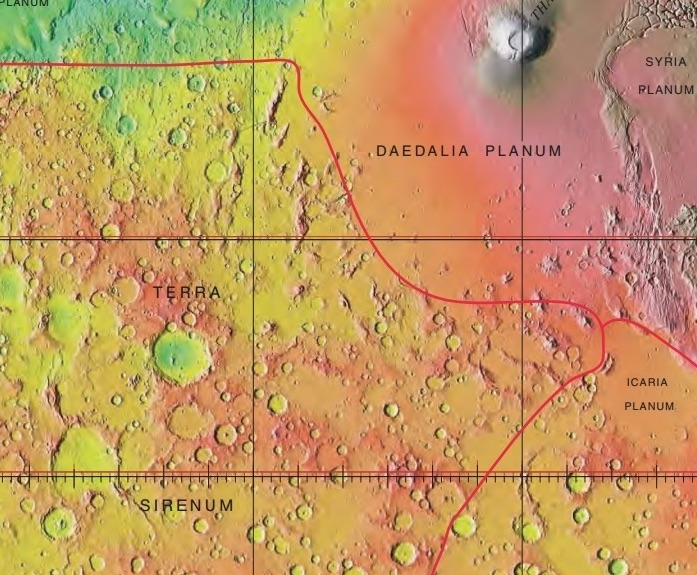 Terra Sirenum is a large region in the southern hemisphere of the planet Mars. It is centered at 39.7°S 150°W and covers 3900 km at its broadest extent. It covers latitudes 10 to 70 South and longitudes 110 to 180 W. Terra Sirenum is an upland area notable for massive cratering including the large Newton Crater. Terra Sirenum is in the Phaethontis quadrangle and the Memnonia quadrangle of Mars. A low area in Terra Sirenum is believed to have once held a lake that eventually drained through Ma’adim Vallis.

This image covers a portion of a typical impact crater in Terra Sirenum at about 40 degrees south latitude on Mars.

Cross Crater, about 65 kilometers in diameter, is located in the highlands of the Terra Sirenum region of Mars.

Data from other instruments, such as THEMIS and CRISM, imply that chlorides are present here; the CRISM data reveal that iron/magnesium clays are also present.