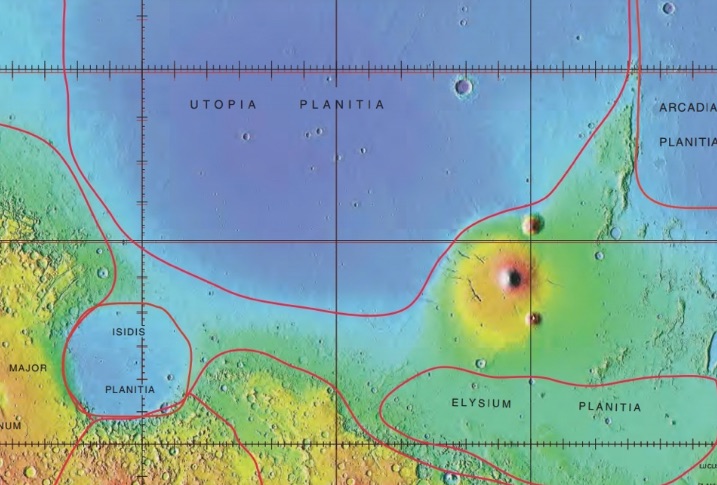 Utopia Planitia (Greek and Latin: “Nowhere Land Plain”) is a large plain within Utopia, the largest recognized impact basin on Mars and in the Solar System with an estimated diameter of 3300 km. It is the Martian region where the Viking 2 lander touched down and began exploring on September 3, 1976, and the Zhurong rover touched down on 14 May, 2021, as a part of the Tianwen-1 mission. It is located at the antipode of Argyre Planitia, centered at 46.7°N 117.5°E. It is also in the Casius quadrangle, Amenthes quadrangle, and the Cebrenia quadrangle of Mars.

A Flow near Huo Hsing Vallis

Zhurong is a Mars rover that is China's first rover to land on another planet (they had previously landed two rovers on the Moon).
mars_atlas

The Days Gone By

The objective of this image is a closer look at an extremely eroded impact crater in Utopia Planitia.…
mars_atlas

The Utopia Planitia region contains many distinctive landscapes. The bumpy and pitted ground in this image may have…
mars_atlas